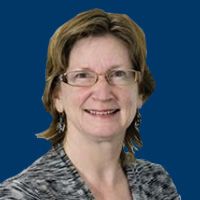 The observational study examined information from the 2010 National Cancer Database of patients with stage I to III breast cancer and found that a subset of 28,284 patients received the 3 treatment modalities. Among these patients, the risk of delaying the completion of any treatment beyond 38 weeks was related to a decrease in overall survival (OS). The rate of OS at 5 years among those who completed treatment within 38 weeks was 89.8% (95% CI, 89.3% -90.4%) versus 83.3% (95% CI , 82.7% to 84.0%) in those whose treatment continued beyond this period (risk ratio [HR], 1.21).

â€œThe biggest difference between our study and others that looked at treatment time is that we looked at the time from diagnosis to completion of multimodal therapy, and not just an individual portion, to identify the 38 week window. to improve survival. rates for patients with breast cancer, â€said Debra Pratt MD, lead author of the study and program director of the Breast Center at Cleveland Clinic Fairview Hospital, in a press release.2

Delays in breast cancer treatment are common, often multifactorial, and have been shown to be associated with decreased survival. Previous studies have looked at the time intervals between surgery and the start of adjuvant chemotherapy, or between chemotherapy and surgery and the start of adjuvant radiation therapy. These efforts have revealed an association between increased treatment delays and poorer outcomes.

However, prior to this research, few studies had assessed the relationship between the time interval between diagnosis and completion of all acute treatment modalities and survival. As such, the researchers sought to assess whether there is an association between survival and turnaround time of the 3 modalities used in this disease: surgery, chemotherapy, and radiotherapy.

Since few studies have examined the impact of certain tumor characteristics on patient survival, a key secondary goal of the current effort was to assess whether survival outcomes from delayed treatment would vary depending on status. tumor receptors.

The study population consisted of patients newly diagnosed with breast cancer in 2010. To be eligible for inclusion, patients had to be under 80 years of age, have only one cancer diagnosis and have stage I invasive disease. to III requiring treatment by the 3 modalities.

The study authors concluded that efforts are needed to improve the effectiveness of multimodal breast cancer treatment and to reduce treatment times in order to optimize outcomes for this patient population.

â€œWhat we see traditionally happening in the United States, and even in the United Arab Emirates, is that the patient has to see several specialists – first a surgeon, then a medical oncologist for chemotherapy, followed by a radio- oncologist – all of which are scheduled weeks apart and in different locations, â€said Stephen Grobmyer, MD, president of the Oncology Institute at the Cleveland Clinic Abu Dhabi and co-author of the study, in the press release. “There is this phenomenon of ‘serial care’, rather than coordinated and planned care. We try to anticipate the needs of patients and plan all their treatment from the start so that it is transparent, effective and reduce their anxiety. â€