Cooper Metals Ltd (ASX:CPM) has launched a follow-up drilling campaign at the Mt Isa Copper-Gold project in Queensland, designed to test shallow copper and gold mineralization identified at King Solomon 1 and break new ground at the Python no tested nearby prospect.

The company intends to complete 2,500 meters of reverse circulation (RC) drilling on multiple targets at both prospects:

Cooper Metals expects to complete this follow-up campaign in three to four weeks – starting with King Solomon and moving to Python once drilling is complete.

“We have been looking forward to testing the Python FLEM driver since it was announced in March this year,” said Cooper Metals Managing Director Ian Warland.

“Drilling will begin at King Solomon on high-priority targets testing the depth extension of the down-plunge component of three distinct copper-gold shoots, as well as some induced polarization (IP) anomalies identified in July.

“Then it will switch to Python to drill 2 holes in the EM conductor and 2 holes under the old work. 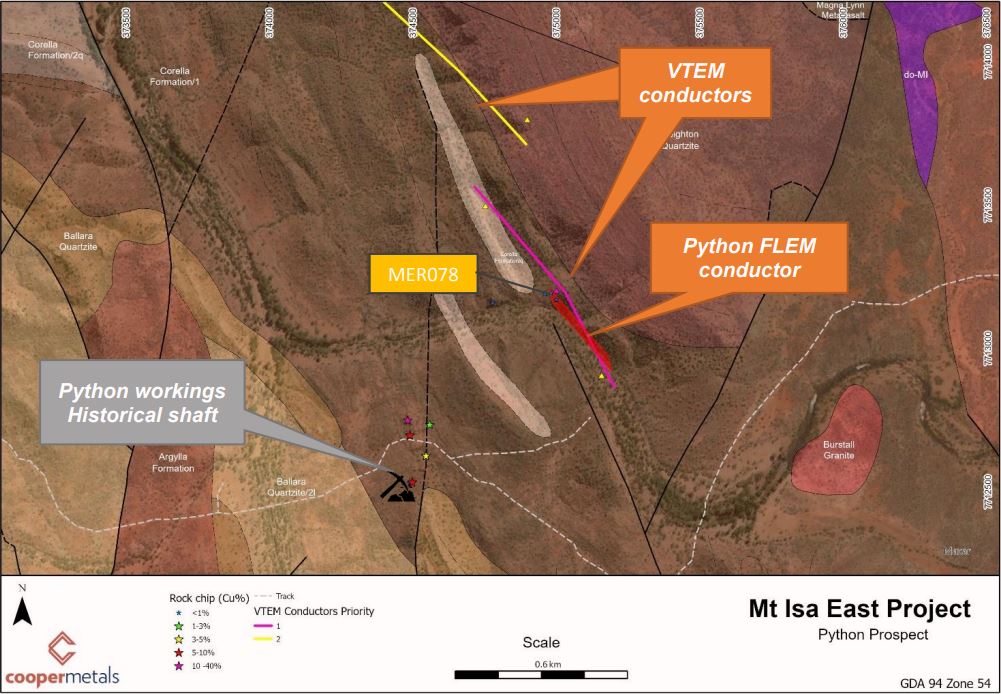 “As usual, promising RC samples containing evidence of copper sulphides will be pushed into the lab and the market will be updated as results become available.”