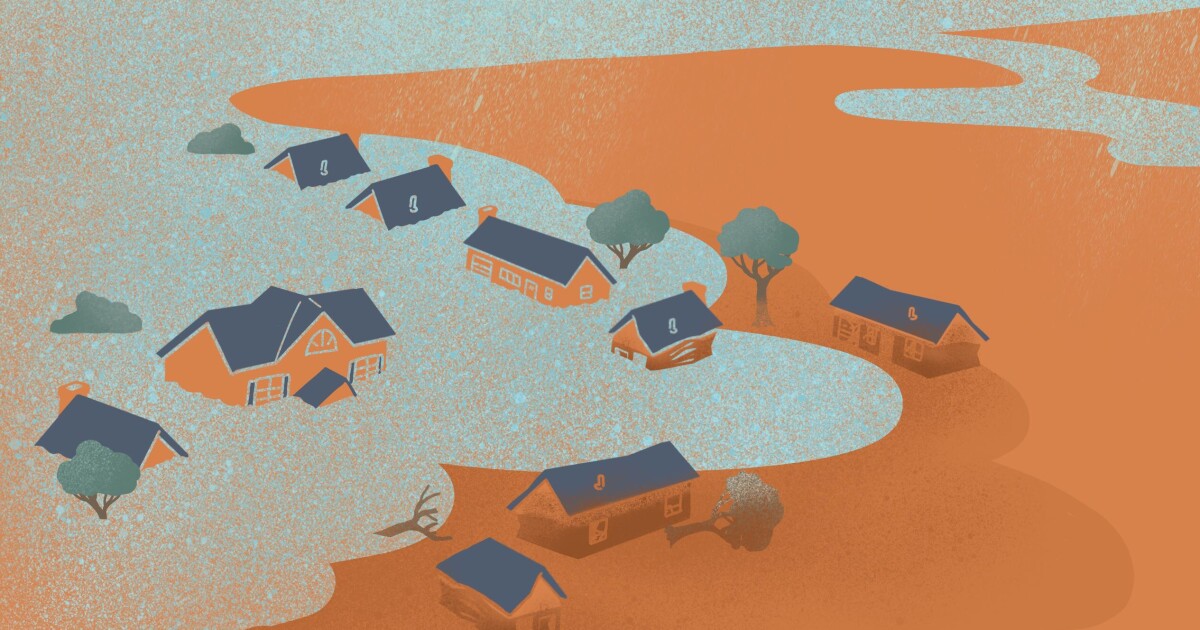 The Metro East dykes are again certified to withstand a 100-year flood.

It comes 15 years after FEMA considered revoking the levee’s accreditation when the US Army Corps of Engineers determined the system could be compromised, said Chuck Etwart, construction supervisor for the Southwestern Illinois Flood Prevention District. Council.

“It was a threat,” he said. “That would have meant mandatory flood insurance in the Eastern Metropolitan Area. Stricter codes requiring buildings to be constructed above base flood elevation.

The move would have placed the 156,000 residents and 4,000 businesses protected by the levees in the floodplain and cost those residents and businesses about $50 million a year in flood insurance, Etwart said. The agency didn’t end up following through because Madison, St. Clair and Monroe counties created a district flood prevention board to bring the levees up to the 100-year standard, he said. .

There was nothing expressly wrong with the original levees, which were built in the 1940s and 1950s, Etwart said.

“The only thing that has changed over the years is the engineering standards and the measurement of flood risk,” he said. “All we have done is control this seepage and stabilize the levees.”

Infiltration is an ongoing challenge for levees, which are designed to keep floodwaters out, Etwart said. The district flood prevention council has used a variety of methods, such as widening the levees from top to bottom and installing walls down to bedrock that prevent water from flowing underneath, he said.

“Most companies are risk averse,” he said. “And if you have that potential for flooding, and that’s going to be a problem, people are going to go somewhere else.”

Zuber said it’s important that businesses in the US bottom floodplain don’t need flood insurance because it can get expensive. The reaccreditation has facilitated the progress of some development projects, he added.

The next step for the local levee system is to bring it up to FEMA’s 500-year standard, which will be done by the Army Corps of Engineers, said Tracey Kelsey, program manager for Metro East levee projects. in the Saint-Louis district of the body.

“We hope to complete the work within the next three years,” she said. “Not all funding has been received. We are still dependent on Congressional funding for the remaining costs.

The Corps will use some of the same solutions as the local flood prevention district council to meet FEMA’s 500-year standard, such as deep cut-off walls and seepage berms, Kelsey said.

“The dykes won’t get higher or bigger, we’re not doing that,” she said. “The features that go into the construction are primarily to prevent water from seeping under the levee.”

“In 2019, it was the second highest on record,” Etwart said. “All the upgrades we built were tested and everything worked as expected.”

Eric Schmid covers the Metro East for St. Louis Public Radio as part of the Journalism Fellowship Program: Report for Americaan initiative of the GroundTruth project.