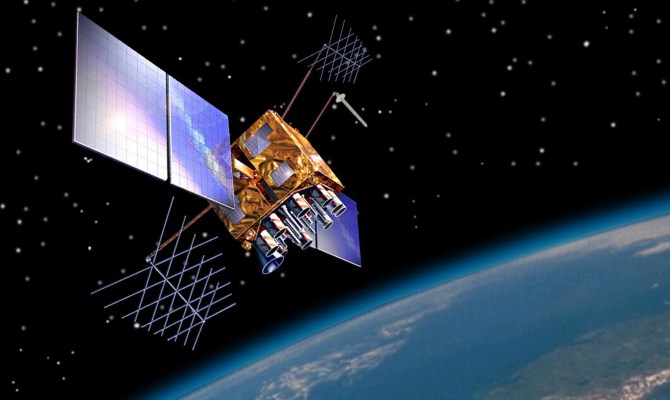 GPS networks are already an integral part of daily life around the world, but an international team of scientists has found a potentially life-saving new use for them: tsunami warnings.

Researchers from University College London and universities in Japan have studied the ability of the GPS network to detect tsunamis, concluding that the instruments can indeed detect destructive waves from outer space. They also determined that GPS can provide more detailed information than current detection systems – at extremely low cost – allowing authorities to issue more accurate warnings before a tsunami hits the shoreline.

Tsunamis occur when ocean water is moved significantly by earthquakes, landslides, or volcanic eruptions. In the deep ocean, waves are typically less than a foot high, but as they approach land at speeds of up to 500 miles per hour, they quickly grow larger before flooding a shore. GPS networks can detect these waves long before they reach land.

Although the disturbance at the surface of the ocean is slight, it is enough to create a ripple effect in the atmosphere. As the air is pushed upward, an acoustic wave travels up to the ionosphere, about 300 km above the Earth, gaining amplification as it travels. There, the density of electrons in the ionosphere is reduced by the wave, which directly affects radio signals sent from GPS satellites to receivers on the ground. Researchers have developed a way to interpret changes in radio signals to glean critical information about tsunamis.

Currently, tsunami warnings are issued based on seismic activity. The warnings are not necessarily very specific, only indicating that a tsunami could occur at some point in the near future, but providing few other details.

â€œIn 2011, the Japanese warning system underestimated [TÅhoku] wave height. Better warning might have saved lives and reduced the widespread destruction that has occurred, allowing people to travel to higher ground and further from the sea,â€ said Professor Serge Guillas of UCL Statistical Science and the Alan Turing Institute and senior author of the article. A press release. â€œOur study, a joint effort of statisticians and space scientists, demonstrates a new method of detecting tsunamis that is inexpensive because it relies on existing GPS networks, and could be implemented globally. worldwide, complementing other tsunami detection methods and improving the accuracy of warning systems.

Researchers suspect that if GPS data had been used during the TÅhoku disaster, an accurate tsunami warning could have been issued at least 10 minutes before the wave reached land, potentially giving people more time to recover. prepare for impact.

The team believe that with further research, they will be able to more accurately determine the size and shape of tsunamis based on GPS radio signals.

“Based on my experience working for the Japanese government in the past and seeing the damage caused by the tsunami, I believe that if this research comes to fruition, it will surely help save lives,” said Ph.D. the researcher Ryuichi Kanai from UCL Statistical Science and the Alan Turing Institute, co-author of the article.

Researchers’ study has been published in the journal â€œNatural Hazards and Earth System Sciencesâ€ last month.