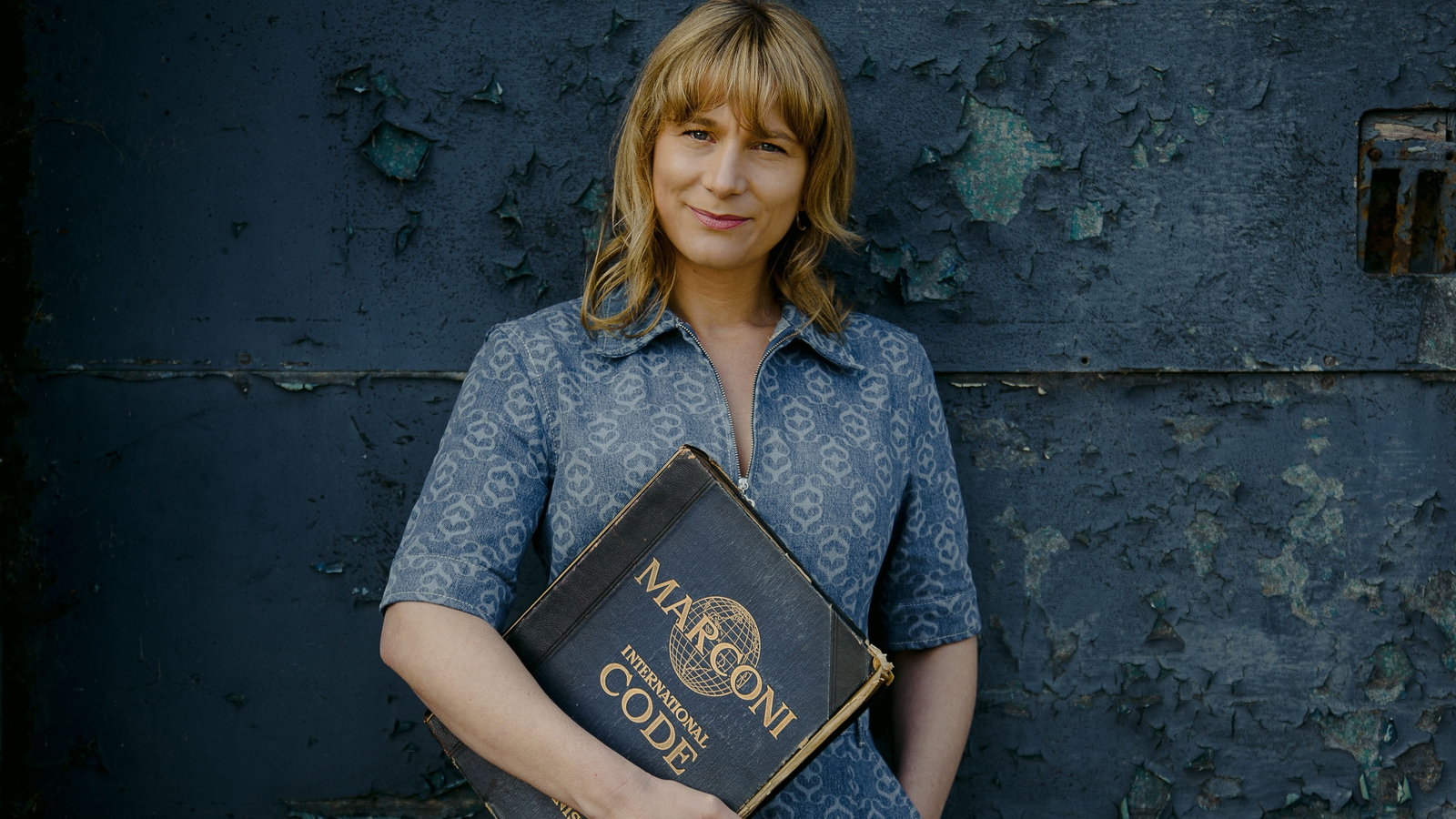 In 2015, I was snooping around an antique shop in Harold’s Cross and came across two books that contained Morse code phrases: The International Marconi Code books.

the Marconi code the books contain over five hundred pages of five-digit codes and their translations into several languages. The books were used by operators around the world to relay business transactions, order supplies and track ships. The operators would send the 5 letters via morse code and this would be deciphered by the receiver and the corresponding phrase found in the books.

What struck me about them is that the phrase and variation lists have a wonderfully poetic rhythm when read aloud.

I started to look into the origin of books and became fascinated by the history of sound, telegraphic communication and the figure of Marconi. He is often called the father of modern radio and known for marketing wireless telegraphy, but he was also fascinated by sound. He became intrigued by how sound disperses and whether sounds played long ago could still be heard or retrieved now.

Marconi had multiple Irish connections: his mother was Annie Jameson, who was part of the whiskey distilling family, and his first wife was Beatrice O’Brien (she grew up at Dromoland Castle in Clare). Marconi also installed a number of telegraph stations here – you can still see remnants of these scattered throughout the country, including at Crookhaven which is mentioned in this article.

I wanted to use the book listings verbatim, so I wrote a Marconi & Me that focuses on a podcast producer, her love story, her work, and her family background. He intertwines a story of sound, his sister and his relationship. It mimics the style of a podcast as it combines facts about communication, sound, and Marconi and the podcaster’s fictional life story. It goes from scenes where she interviews people about the history of communication to conversations with her boyfriend to memories of her sister, who, as Marconi imagined, can hear sounds made long ago that others cannot hear.

A phrase that is repeated throughout the piece is the code: ‘19038 UVAPY Silence Silencio’. The room wonders aloud if there can ever be such a thing as silence. As the couple’s conversations flow through the codes, the sentences in the context of a love story take on a more argumentative tone as the relationship begins to unravel.

Originally Marconi and me was published in the Australian experimental journal The raised eyebrow in 2018. With the help of sound designers Brendan Rehill and Brendan Jenkinson, we created a live show with quadraphonic sound presented at the Hearsay International Audio Arts Festival and the Dublin Fringe Festival in 2018.

TEN Drama on a producer Kevin Brew, sound designer Damien Chennells and I have reworked this piece into a radio version that playfully brings the codelists to life in dialogue and story form. I enjoyed taking this piece of writing in several different directions from print, to stage, and now on air.