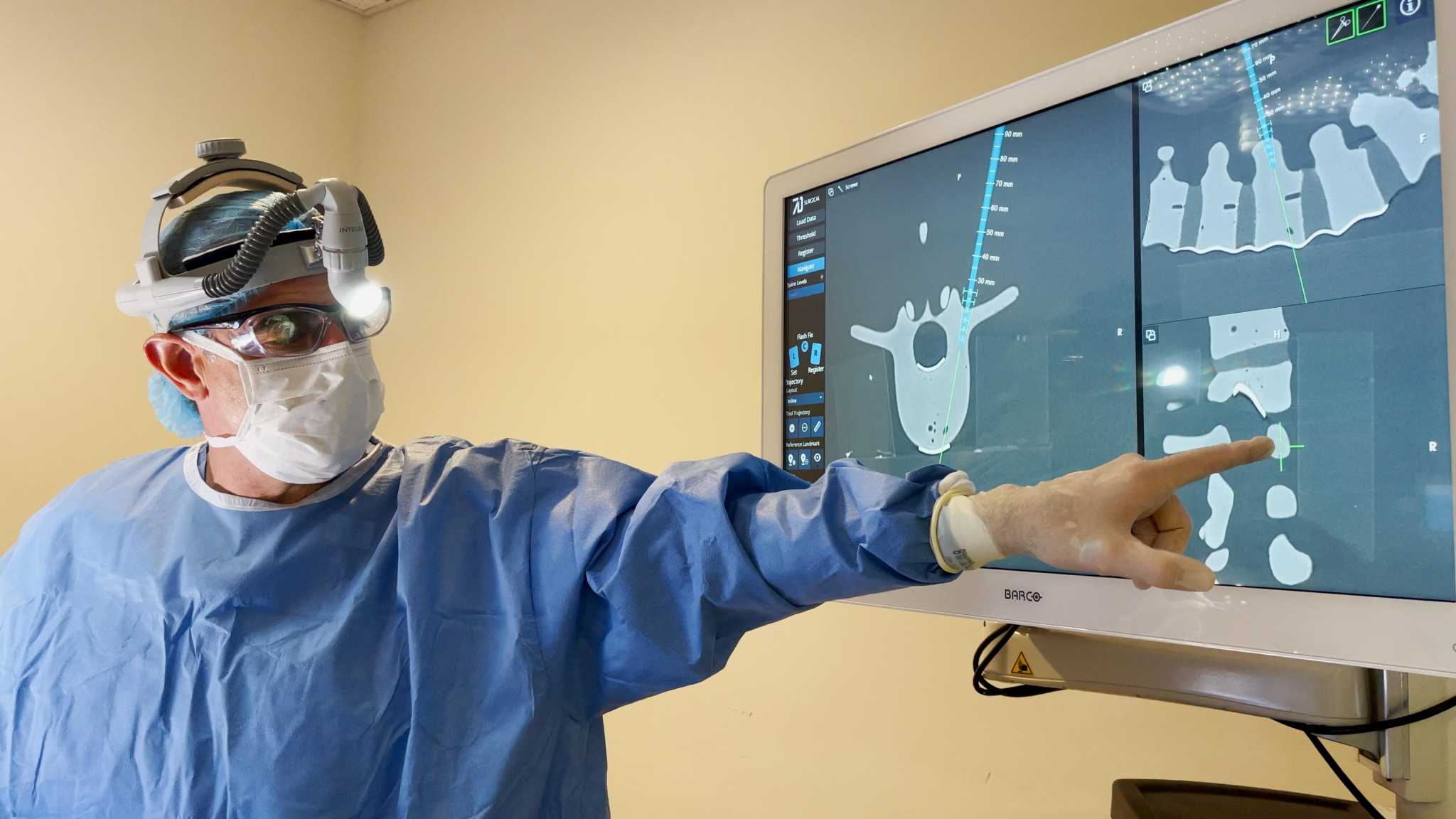 After a car accident with a semi-trailer in 2019, Melina Pedraza suffered every day.

The 46-year-old Bridgeport resident said she would experience pain and weakness in her lower body, including her hip and toes. “At random times of the day I felt like someone was setting my foot on fire,” Pedraza said.

She had nerve damage and was losing sensation in part of her left leg. She also had weakness in her legs. “(As I stood up) I had to regain my balance,” Pedraza said. “For someone in their 40s, having trouble walking is not a good thing.”

When other treatments didn’t help, she opted for spine surgery, which she had on March 18. Pedraza is one of approximately 10 patients operated on using new 7D technology at St. Vincent Medical Center in Bridgeport.

The hospital, which started using 7D earlier this year, is one of the few facilities in the state to use the technology, said Dr Gerard Girasole, co-director of the CT Orthopedic Institute at Hartford HealthCare and St Vincent.

The technology creates a three-dimensional image of the operated area, which has multiple advantages, including improved accuracy. Girasole said that there are other technologies capable of producing 3D images, but they all use large amounts of radiation.

What makes 7D technology unique, he said, is that there is no radiation. Instead, the image is created using only a special light source. “It is physically a light that recognizes (the patient’s) anatomy and reads it on the computer,” Girasole explained. “Light is the eyes of the computer. Then the computer gives you perfect 3D navigation.

Not only is the 7D procedure safer due to the lack of radiation, Girasole said, but using the light source to create the image takes less time than other methods, such as robot-assisted surgery or another method called the O-arm surgical system, which means the whole procedure takes less time.

7D technology can be used for most spine surgeries, although there are still more difficult procedures that might require one of the other imaging methods, Girasole said.

For Pedraza, 7D surgery seems to have made a big difference. Although she is still recovering and receiving physical therapy, she said, she is getting stronger and stronger each day and has noticed at least one major positive change.