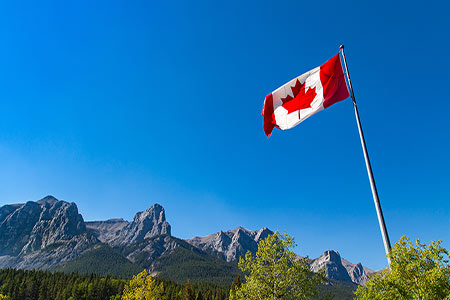 Noble Mineral Exploration Inc. announced that it has entered into an agreement to acquire the Buckingham graphite property, which is located in the Outaouais region of western Quebec, and to hire Wayne Holmstead as exploration director .

In accordance with the agreement that was signed between the parties, when Noble completes the acquisition of the Buckingham graphite property from Holmstead, it will then also sign a consulting agreement for Holmstead to begin serving as director of exploration.

Holmstead brings to Noble over 40 years of exploration experience in Ontario and Quebec. He is a graduate geologist from the University of Toronto and has held the positions of President, Vice President Exploration, Director of Exploration and Director for various junior mining companies over the years. In short, he has experience leading all aspects of mineral exploration in Canada.

The Buckingham graphite property is located in the Outaouais region of the Grenville Subprovince in Quebec. The property consists of 30 claims (1803 hectares) and contains three distinct occurrences of graphite. The main occurrence (McGuire) was operated by Stratmin Inc. in 1985-86 when a ground electromagnetic survey was conducted following a regional airborne survey. Three diamond drill holes were completed to intersect the electromagnetic anomalies, two of which intersected graphite mineralization. The graphite was embedded in marble and gneissic rocks.

Although the nature of the graphite on the Buckingham property has not been determined, the graphite conjunctions in this area are normally coarse-grained flake graphite. This type of graphite is the most desirable of the natural types used to produce lithium-based batteries.

The second graphite showing (Cummings) is described as: “deposit in the form of narrow bands of graphite present in gneiss and marble over a length of 300 m and a width of 30 m. The graphite occurs in several irregular bands in the 30 m zone. The Cummings event is located approximately one mile southeast of the McGuire event.

The third graphite showing on the property is called the Robidoux occurrence and is located approximately 4 km east of the McGuire occurrence. It was described by the Quebec superintendent of mines in a 1910 report as a “partially exposed graphite bed over a length of about 40 feet.” Some shallow pits also exposed graphitic outcrops, presumably from the same bed, an additional 75,100 ft. The bed where exposed by the main stripping is about 4 ft thick and plunges into the side of a low hill at an angle of 40 to 50 °. It was also noted that “graphite ore contains more than 30% carbon”.

The work program on the Buckingham property will include a tour of the property with prospecting to identify existing showings and historic drill holes. A beep mat will be used to identify new conductive areas that may represent graphitic horizons.

Consideration for the acquisition consists of staking costs and the reservation to the seller of a 2% NSR royalty which will be subject to Noble’s right to repurchase 50% of the NSR for C $ 1 million.

Vance White, President and CEO of Noble, said, “We are extremely pleased that Wayne is joining the Noble team and bringing his knowledge and understanding to projects in Northern Ontario and Quebec. The addition of the Buckingham Graphite project is in addition to the search for viable projects related to the constantly evolving battery industries in the search for a “greener” world. After approval of the exchange, a budget and an exploration plan will be developed.

Read the article online at: https://www.globalminingreview.com/mining/22062021/noble-acquires-graphite-claims-in-quebec/

Build your ghost hunting gear kit on a budget